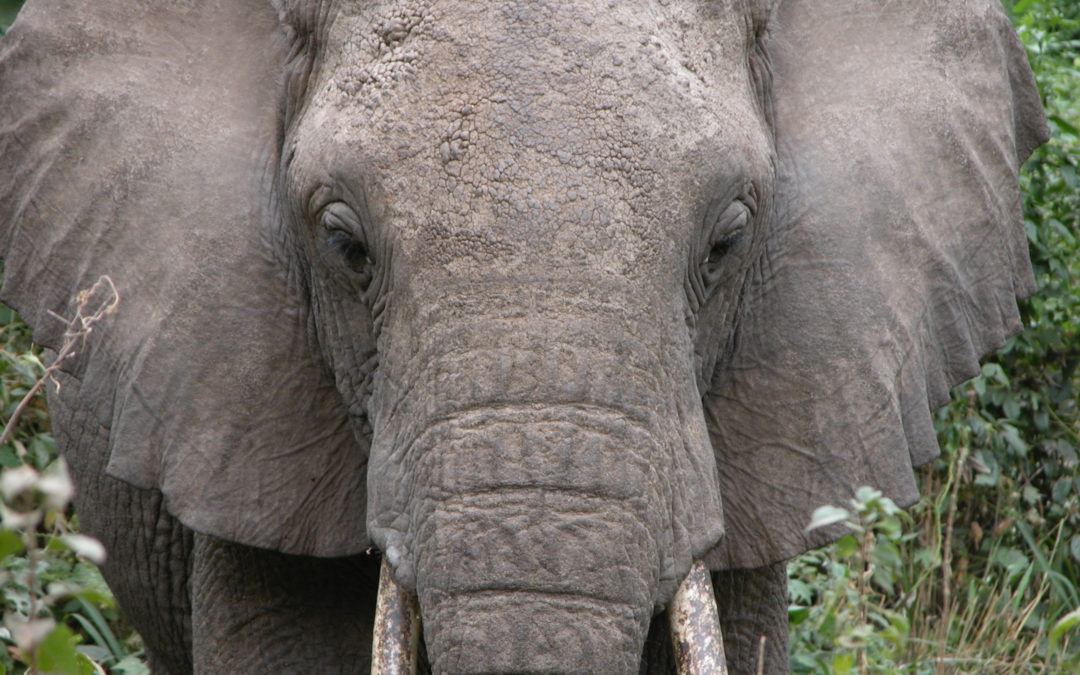 Sometimes, animals and article focus are amazingly familiar. Such was the case with a paper produced by a three-way collaboration among our own hospital professionals. Delivered in the Journal of the Elephant Managers Association in 2004 and revisited in several other discussions since, ‘Use of Unpasteurized Honey for Treatment of a Deeply Infected Wound in an African Elephant’ tells the story of an African elephant that sustained a nasty laceration from another of its species. According to the case report, ‘Despite very aggressive topical and systemic therapy, the wound was not healing as desired.’

With Eli Lily-sponsored Vet Intern Cora Singleton heading the case, the approach altered to applications of unpasteurized honey (purchased from a beekeeper in Westfield, IN) as medicinal packing. Within four days, improvement was seen. The report continues, ‘From that point on, dressings with the honey were applied twice daily, and then eventually decreased to once daily.’

Long studied for its antibacterial, anti-inflammatory, immune stimulating, and tissue nourishing and rebuilding properties, ‘raw’ honey made a remarkable difference in the healing of one animal among many that have been treated for similiar injuries in different locations.

The published report adds, ‘In this case, there were no adverse effects. In fact, the wound was imporving greatly after 23 days. Subjectively, the wound healed faster and with less scar tissue than expected for this elephant, as well as in comparison to wounds in other elephants. Based on blood and culture results, it was concluded the raw honey likely provided the primary antibacterial activity during wound healing.

— Reprinted  from the Indianapolis Zoo Newsletter 2007